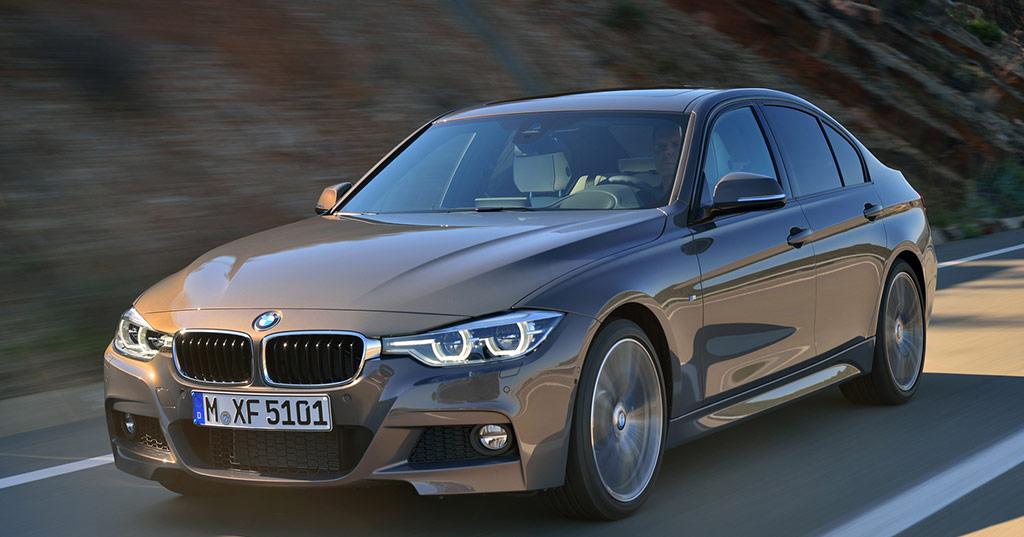 Now in its sixth generation, the BMW 3 Series consistently ranks among the 10 top-selling luxury model ranges in South Africa.

For over 30 years, these compact executive sedans have been manufactured at the Rosslyn Plant near Pretoria. Now BMW has invested upwards of R6 billion in South African capacity to manufacture the new X3 SUV instead. That doesn’t mean production of the 3 Series will end, but from 2019 on, they’ll no longer be produced in South Africa.

In total, the South African plant assembled over a million BMW 3 Series cars. Given that the era of local 3 Series production is drawing to a close, we’ve chosen to have a look at the latest models in the range. As expected, they’re predatory, powerful and fuel efficient, and just as popular as ever.

Popularity of the BMW 3 Series

The BMW 3 Series is BMW’s best seller. It accounts for just under a third of the company’s total sales.

Since 1975, the 3 Series has evolved through six generations, with a total of five body styles. The latest generation is the F30/F31.

The series has attracted a fair share of awards. It has featured among Car and Driver magazine’s top 10 a total of 22 times. It was also listed by Grassroots Motorsports magazine as one of the most important performance cars manufactured over the past 25 years.

The latest vehicles in the BMW 3 Series feature low-slung bodies, with impressive power and torque. Even the entry-level 318i delivers 100 kW and 220 Nm – along with low fuel consumption of 5.0 litres per 100 kilometres.

The traditional smooth and steady performance associated with BMW is enhanced in the 3 Series.

A spacious interior optimised by flexible seating configurations, manifold storage opportunities and intelligent safety features is standard across the series. Only premium quality materials are used in the trim and upholstery, and the overall look and feel of the cabin speaks of German engineering and craftsmanship.

Optional extras include radar-enabled active cruise control, an on-board camera system and a high resolution “Head-Up” system that displays vital information on the base of the windscreen.

The manufacturer has opted to keep the crisp lines and aggressive pose of the fabled BMW body architecture unchanged in the 3 Series, with a couple of exceptions. The face has been slightly revised; headlights are more feline-like, the air intake is larger and the bumpers and tail light are more sculpted.

Need spare parts for a BMW 3 Series? We provide the full range of BMW parts and spares for customers across South Africa.

How to Replace a CV Joint